Ready to Sell Your Car Wash? Get in touch with us to get started.

Is It Time to Sell Your Car Wash?

The Decision Is More Difficult to Make Than Ever 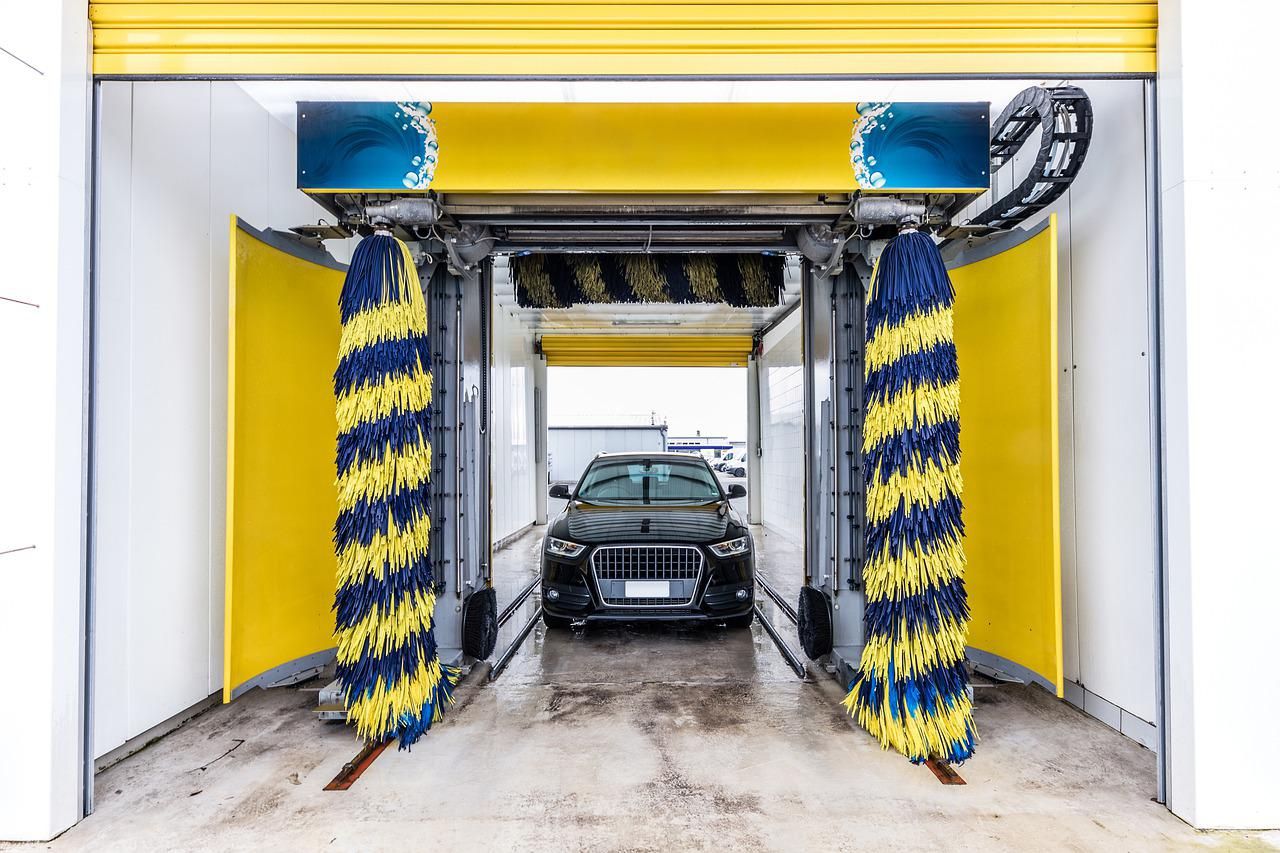 The carwash market is more active than ever. More active in all ways; transactions of all types, acquisitions, new builds, new entrants, external investments involvement. The carwash industry has been propelled to an unseen level in most all capacities over the past five years, with the past 18 months being particularly and exponentially active.

This environment makes it more difficult than ever before for owners of all sizes to not consider whether it may be the right time to sell.

The truest answer to this question is the least fulfilling and will be addressed first and foremost here. There is no simply “right answer” as to whether or not you should sell. This lacking of a singular answer applies to multi-site 20 wash owners and carwash companies just as equally as it does to single site individual owners.

Although no singular answer for all, there certainly is a right answer specifically for you and your washes but needs to be evaluated and decided on a case-by-case basis. The right answer must be specific to the you, your washes, your goals, your company, and your situation.

With the inescapable but less satisfying truth out of the way, it’s time to discuss what the current carwash market has going on that is causing this decision to be asked more frequently than ever, and why for many the decision is more difficult than ever.

The temptations of selling are grander, larger, more unavoidable, and more incessantly vocalized than ever before. There is so much on the surface that points towards selling now being the obviously correct move.

Carwash valuations have never been as high as they sit today. Furthermore, these valuations are far more than theoretical; their being transacted at. Mega-sized transactions fill the news. The sizes and both relative and absolute valuations of these transactions, regardless of what sort of complex or simplistic valuation methodology you want to use, are far above and beyond anything the market has seen in history. These mega-sized transactions include those such as Golden Gate Capitals involvement in Tidal Wave and Mister Car Washes initial public offering.

Markets At the Top?

It’s essential to recognize that although potentially seemingly similar, the location of where we stand today (top, bottom, or somewhere in between) – this is independent and separate from the objective fact that the market is currently at an all-time high. In other words, and I in no way advocate this exact thought but more so think it’s illustrative of the point, just because a market is at all-time highs does not mean it cannot keep going higher or persist at current levels for a very long time.

That said, if you are of the firm belief that the carwash market has hit a ceiling and doesn’t stand to either continue its upward trajectory, or even to persist at current levels – this is a large and overwhelmingly strong reason to factor into consideration of whether it may be the right time to sell.

Determining whether we are at a top is not a simple exercise. The good news is that the increased amount of media coverage, financial disclosure of certain companies in the space, and discussion surrounding the industry as a whole; all this does provide more tangibly and intangibly visible datapoints and subjective color one can use to form an opinion of such on.

In my opinion, one can make a proper and somewhat justifiable argument carwash markets will persist at their current levels for some time. As to whether it increases further from here, that argument is much “harder” to make and one I would have a hard time being convinced of. Recent public market transactions would suggest that the longest tenured and largest industry veterans agree with me here, but the read through there is a larger discussion. And the probability of further and significant increase above and beyond current levels, especially as pertaining to valuations, is extraordinarily unlikely.

Buyers by the Plenty

If you are an owner in the carwash industry you’ve undoubtably received unsolicited calls, letters, emails, and cold communications about selling your carwashes. This, beyond naturally and inherently prompting one with the question of whether it’s time to sell, can also make the market appear more liquid and more attractive. Both these are true – but there is more to the equation.

Not all “interest” or perceived desire is the same. For the purpose of illustrating the second level of what’s going on with increased buyer interest and solicitation let’s classify potential buyers of your carwashes into two categories. The first are those buyers that if given the opportunity would actually close on the transaction (“real buyers”). The second we will call “interested parties”. This second party contains the largely innocuous, though not ready to pull the trigger parties.

If prior to recent times there were a theoretical 10 total potential buyers that showed proactive interest in buying your carwashes - maybe two of those ten people (or twenty percent) would have been “real buyers”. With the recent surge in industry interest and recent growth of the industry as a whole, what was just a few years ago 10 total potential buyers approaching you, it’s now more like 100. However, and most importantly, what has happened with the increase of the total number of proactively interested buyers is the concurrent decrease in the proportion of these parties that are “real buyers” as opposed to “interested parties”. So now, out of that 100, maybe only five (or five percent) are “real buyers”, with the remaining 95% being “interested parties”.

Buyers are more plentiful than ever, but it’s important to realize and always take into account that interest and execution are two very different things.

Capital gains taxes are going to change. As to how, when, and to what extent is simply not clear. Rather than theorize as to the specifics of the aforementioned details it’s important to just recognize the high-level and ubiquitously applicable implication stemming from such.

Tax burdens for sellers is expected to increase over the next five years. Although I do believe the implications of the tax changes being proposed are often mis explained or not fully understood in the way of dollar and cent impact due to such, the truth is that the changes are coming one way or another and it’s not going to become more attractive to sell from a tax standpoint in the coming years than it is now. This point can and should be argued against as to being null and void under the assumption that the proposed retroactivity is implemented, but the chances of that are a coin toss at best.

Though the temptations to sell are inescapably present, there are some current-market-driven and equivalently strong reasons why one might consider keeping their carwashes.

If you are under the belief that the level of heightened carwash market interest, activity, and valuations is going to persist or even increase through the short-to-mid-term, and owning your carwashes is what you really enjoy doing, this should be a deterrent to selling your washes. Under this believe of future market conditions, buying or building is going to become more difficult, both in the way of site selection and acquisition costs.

One of the several reasons why carwashes have been propelled to the limelight of external interest and media coverage over recent times is exactly the same reason why current market conditions may make it so you don’t want to sell; the demonstrable resiliency to unpredictable macroeconomic influence. Despite public markets doing what they have during the pandemic, brick-and-mortar businesses and many small-to-mid (to even large as well) storefront business owners suffered. Carwashes – simply put – didn’t suffer. The minority of washes, being those that did get directly impacted by the pandemic, by and large were impacted far less than the average brick-and-mortar business in the same area as them.

Accessibility and Low Cost of Capital

Financing for carwashes has never been cheaper nor more accessible than it is today. This holds true for both single owner operators and for multi-site multi-state growing carwash companies. This dynamic makes it more attractive and compelling than ever before to not only keep your washes, but to grow.

Refinancing to lower rates is easily attainable and readily available for those that want to simply maintain the course and increase their net profitability via reduction of their debt service expenses. And for those who were thinking of growing, both equity investor capital and debt capital are proactively searching for carwash capital deployment opportunities. This encourages you to grow, build, and buy further and to take your carwash operations to the next level.

The carwash industry is both growing and changing at a pace never seen before. With this level and velocity of change comes the inevitable semi-rhetorical question all carwash owner operators must ask – given current market conditions and everything going on – should I sell my carwashes?

As discussed here, there are compelling reasons purely based on current market dynamics that are starkly in favor of both selling and of keeping your carwashes. If you didn’t enter the industry with financial motivations being first and foremost, I wouldn’t suggest selling and exiting without even stronger consideration as to what is right for you, your life, your goals, and your carwash company and team. If you’re on the fence, are current market dynamics strong enough and price differences from historical averages large enough to both rationally and reasonably push you over the fence? In most cases – yes they are that strong and large. But you should consider your personal situation and your company’s situation first and foremost.